This weekend I had the opportunity to attend a three day workshop on options trading by a somewhat mysterious company called Interactive Trader. There are already detailed stories about this company that you can locate with Google, but I figure I'd deliver my own account since the experience was pretty fascinating in both positive and negative ways.

As a disclaimer, this review reflects on my own observations and opinions and not necessarily those of others.

I discovered and subsequently signed up for this workshop after a presentation on building wealth hosted by another obscure company called The Wealth Retreat. I was roped into this original presentation through a targeted advertisement at work that mentioned Robert Herjavec, a tremendously successful investor and entrepreneur and one of the several sharks that frequent the television show Shark Tank. Actually, the only reason I signed up was to hear him speak with the goal of being imparted even a fraction of his wisdom. The advertisement looked kind of like this: 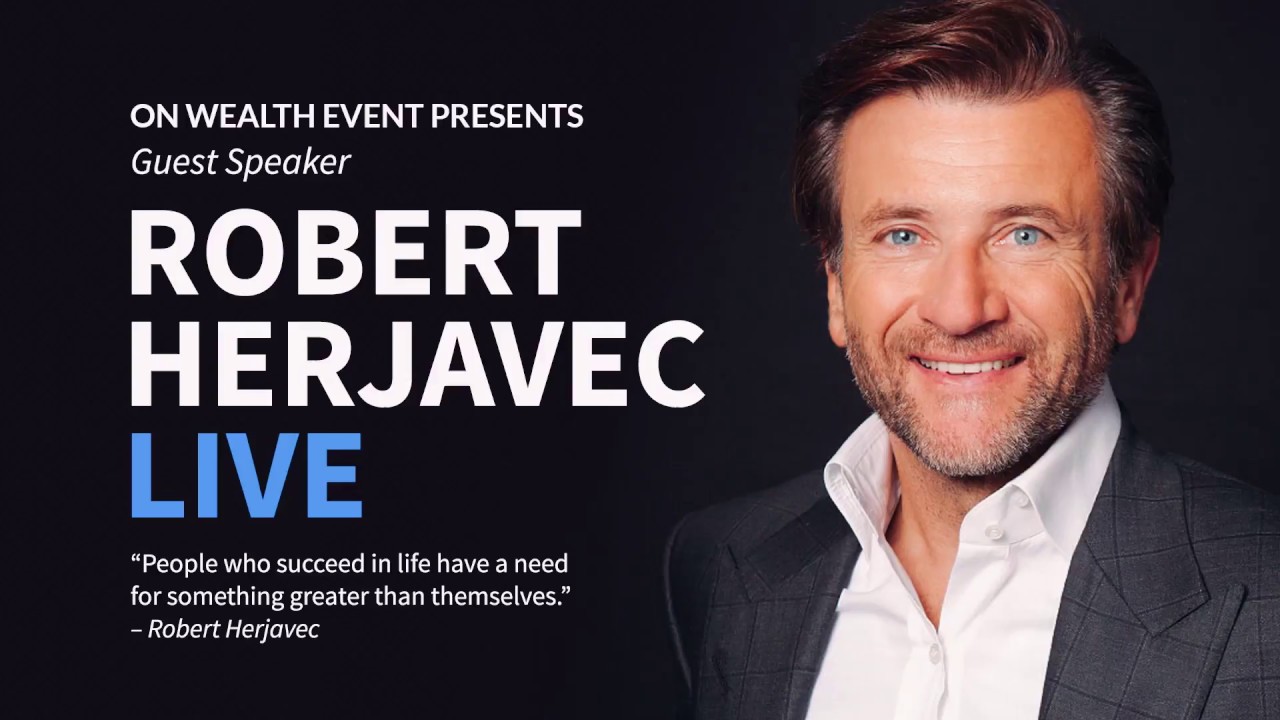 The presentation included discussions by Jeff Tomasulo, a Wall Street pro and frequent speaker on CNBC, and Steven Sitkowski, another highly experienced investor. These were both great and passionate speakers, and made the event even more worthwhile. Lastly, Robert Herjavec himself had about 30 minutes of speaking time (of a several hour presentation) and delivered a very inspirational and personal speech on his life, starting from when he was a young adult. The end of this presentation was when The Wealth Retreat delivered in their responsibilities to Interactive Trader - people were encouraged to sign up for a "free" workshop on personal trading. The cost of the workshop was stated to be eligible for reimbursement if certain conditions are met after fully attending. It was a pretty chaotic aftermath; I would say well over 100 people jostled to pay $999 for a not well-defined investing workshop.

The investing workshop was hosted in a hotel near LaGuardia airport in the New York City area. I think most of the student attendees were local, but some had flown in from afar. If I had to summarize my experience, I'd have to say it was an unusual combination of enlightening and bizarre. As much as the nonsensical marketing at The Wealth Front presentations made the class seem like a scam, it was not. The content was very, very high quality and the instructor was top tier. Unless you were already a pro at options investing (unlikely) there was something to learn for everyone in the room.

I took pretty copious notes. We covered topics such as:

And - despite recommendations to the contrary by the instructor - taking verbose notes turned out to be a great decision. The slide deck was not provided to those who did not sign up for further training- for copyright reasons. I wasn't thrilled about this but there was no recourse.

If I had to say which two aspects were the highlights of the workshop, it was the instructor and the content. Our instructor Scott was really on point and knew what he was teaching like it was second nature. He constructed various "real world" example trades on the spot with current (albeit after hours) market prices. He took a reasonable number of questions and answered them clearly and concisely. This was someone who had mastered trading and could also teach effectively.

The negatives of the workshop, in my opinion, were due to the business model and commissions-based nature of Interactive Trader. All students were provided advisors for the three days, who prima facie were there to provide guidance on using the software and logistical support on becoming an options trader. In reality, they were salespeople with the objective of signing up students for further training. But this is where it gets interesting- the business model of Interactive Trader is not to sign up as many people as possible. Our price started at $15,000 for the platinum package. I used the word "our" because this price has clearly fluctuated in the last 6-24 months; see a post on reddit here. Attendees on the first day were provided a questionnaire on their financial situation, requiring details like income and liquid assets. To be clear, this was sensitive information. It quickly became apparent to me that the goal was to target prospective customers based on net worth. We were being profiled and the "advisors" were acting strategically so as to dedicate more of their time and personal effort on prospective (and vulnerable) customers who would see the price tag of 15 grand as modest. This elite package as it was coined included several follow-up classes, a year's subscription to Interactive Trader software, live support using the software, and personal access to the instructor for trade advice.

We were also informed (warned) not to be "negative" about the workshop to our peers, and to report any such "negative" persons to our advisor. I'm not making this up. The implication was that anyone disparaging the program during the workshop would be forcibly removed. Could you imagine being kicked out of a class for saying the professor sucks, or the content isn't up to snuff?

Finally, we were shown multiple video presentations by motivational speakers such as Tony Robbins and Dean Graziosi. These were your usual inspirational speeches, that not surprisingly had no direct reference to the Interactive Trader program at all. They could be applicable to almost any educational program.

I can tell you with certainty that I did not meet a single person who actually works at Interactive Trader. I don't even think I've even seen a photo or video of someone who works there either. The original speakers at the Wealth Retreat presentation, my "advisor", and the instructor of the workshop were all either sponsors, guests or 3rd party contractors. I cannot tell you the name of a single representative at Interactive Trader, and worse- the website doesn't have any either! Should you attempt to find a reputable contact at this company, you will be met with this some-would-say-shady-looking contact information page (as of September 2018):

So for a modest price that is almost the cost of a semester at college from a company with virtually no reputation one would mostly receive:

This last part - personal access to the instructor - was probably the most useful and impactful component of the price tag and no doubt of unpredictable value. Being able to run your trades through a veteran is extremely beneficial; they'll shoot down your bad ideas and improve on your good ones. But I wasn't there to become a ridiculously successful trader. The underlying assumption of Interactive Trader is that everyone in attendance at their workshops has the latent desire to become financially successful through trading markets. I was there as someone intellectually curious. My goal after day 1 - that I had assumed was so mundane that no company would treat it as a contingency - was to take more classes, one after another. But alas, this was not possible. Pay up to get more education, or walk. To be clear there were some alternative packages for lower prices but these seemed so bare as to not be of any real value, and did not include any additional courses nor workshops. Our "advisors" were highly trained and effective salespeople who employed various psychological strategies to entice a full commitment.

There was yet another new and less mature company named Fundwise in attendance. They were there to provide on-the-spot loans for prospective customers who did not have the cash to pay up front. They would do a (allegedly soft) credit check with instant results and have funds available within an hour. Prospective customers who were short on cash were encouraged to use this service to both pay for the course and populate an investment account with brokers such as E-Trade and Ameritrade.

So for anyone skeptical, there are numerous red flags that would indicate that the program rests on unscrupulous foundations:

I sat in that workshop thinking that since there were so many high-profile sponsors with their names attached to the program (to at least some degree) that it must be legit. And I still think so- I am sure that it is something, just not as incredible as so claimed. I can't emphasize enough how disappointed I was that there was no way to continue my education without paying 15 grand up front, which is almost the tuition cost of a semester at college. Even in hindsight I can't quite pin down what is going on with Interactive Trader. In the age of Coursera and Udacity, education is trending towards incremental and widely accessible. How could any company still be following such a legacy approach towards education? 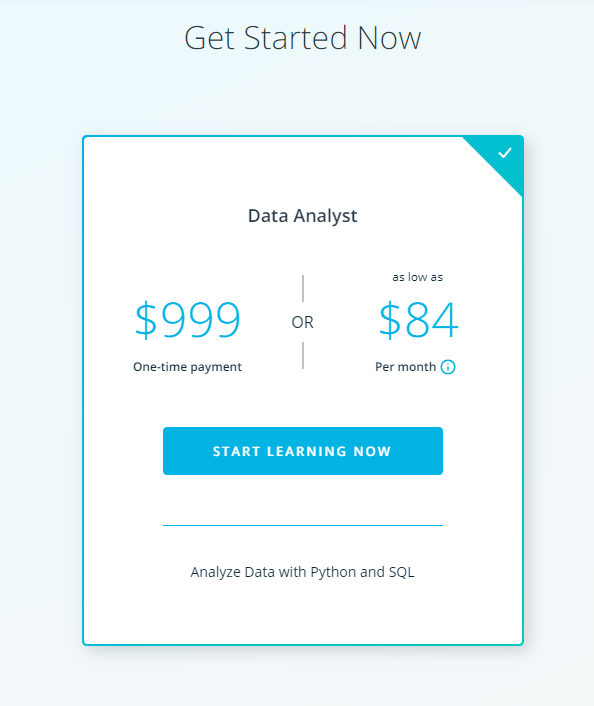 I can only provide a few theories explaining what is going on here. One, the founders of Interactive Trader see growth potential not in education but rather in networking. The instructor spent quite some time discussing how success in trading could be found by shadowing another trader. Perhaps the next big thing is pay for access? Furthermore, access to the instructor was marketed as a key component of the package. Maybe their goal is to ultimately sell hour-by-hour and email access to an exclusive community of professional traders, where questions could be answered and strategies could be bounced around between veterans and newcomers. Second, the full democratization of personal trading could be seen as a threat to their business model. Truly, if everyone was a master of iron condors and had access to sophisticated software then in theory those strategies would have tighter spreads and thus lower profits. Consequently, the respective training would be worth less. Third, it's possible that the subsequent education is from different instructors of far lower caliber. Maybe incremental learning isn't a wise business path when the first class is the best it's going to get; rather, it's better to rope people in for the whole experience so they can't back out.

Overall, I think the path offered by this company is niche and highly dependent on the variables of one's life. This just isn't the company that is going to topple the massive commercial banking industry selling mutual funds. And it's a shame because most of the speakers at both The Wealth Retreat and the workshop professed themselves as enemies of this industry, trying to help as many they can see the light and take control of their personal finances and retirement. I wouldn't call this a scam or a waste (although it very well could degenerate into such in the distant future) and I don't at all regret going to this workshop because I learned a lot and consigned myself to learning more. Contrary to the marketing, the full program is definitely not for everyone. I think if you (and potentially your significant other) have:

Then this could be the program that changes your life for the better. But most of us just won't meet all three of these conditions simultaneously during a workshop, regardless of what any well-to-do motivational speaker admonishes. Finally, if you have the capital and learning potential to pay for the class and then make back the price of it in a year of trading markets, then this could be the program for you.

Robbie at Reddit wrote this a while ago: What is with all these files being hidden lately? It's ridiculous. You always had the odd author who deleted their work for some reason or

World of Dreams
—
Thoughts on an Interactive Trader workshop
Share this